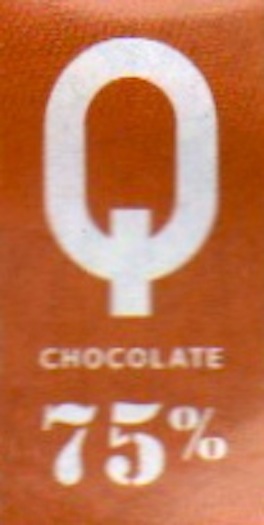 Impact
Big Bangers & Neo-Darwinist reduce creation to godless molecules – until the subject turns to their own daughters.

In response, the spirit crowd-sourcerers -- prey to a religion gene expression but sensitive to overstepping the boundaries in the philosophy of deconstruction, territorialization, discontinuities & the like -- gas on about the “all-knowing void from which we spring…” saying “God” as a word is no more than a placeholder for a loss of real meaning. They see humanity's view of the universe as framed thru a CDS (Cosmo Display System), a reality of “God geometrized continuously” as Plato is supposed to have said.

Really honest chocolate, the fruit of the primordial Theobroma cacáo tree which stood for a sort of axis mundi in Mayan cosmology, gives a glimpse, a vernissage of sorts, of a pronoiad pre-humanism / post-cyberian utopia. The primal argosy that oozes forthright ("flavor forward" as foodies like to spit) out from the "other" side; ya know, where even simple geometry points to lines with no width, planes with no depth (sorry if this causes a meltdown in the brain faster than a chocolate bar). A lost wisdom culture not discovered but recovered in a panpsychic expansion of intellect & intuition. show more »show less «

This forward outlook negates false illusions, such as the following: Consciousness isn't just enhanced, augmented & elevated to an almost godlike realm where, through our digital devices, tools, smart this ‘n smart that, we can map the metaverse of virtual & mirror realms, implant our current bodies & ultimately replace them thru digitization & upload while multi-tasking in an increasingly intelligent analog reality in which to offload memories into sticks, minds into neural nets & extensions, & outsource consciences to the social media containers, where it is crowd sourced, or fractalized into scalar algorithms, in much the same way as the quants took real world debt & made the banks immune from soul searching by chopping it up into exponential derivatives such as the CDO which splits it into 64,000 mini-obligations that supposedly needed not bother anyone's sleep yet ended up bothering 99% of everybody's slumber.

No, consciousness is also hopelessly distorted, soul-flattened into mind, to the point where finally mentalism is challenged & then denied as another sort of phlogiston or elan vital, no longer relevant in the new neuro-society that can assign wisdom to one neuroanatomical area that lights up during the right tomography, & poetry to a tiny portion of the brain confined to a chunk of the prefrontal lobe, a thin slice of the hippocampus & a tiny subsection of the insula.

Additionally, multitasking can be learned to the point of optimizing neuroflexibility without losing intentionality. One need not invoke God, or the common good, to obtain The Singularity. In the new positivism / naturalism / materialism / scientism & so-called computational AI, resisters intuit the old social Darwinism, as well as rationales for sterilization, dumbification & financial liquidation of people; matter-over-mind justifications for dumbifying, disenfranchising, & distracting from the value of real objects in brick ‘n mortar exchange thru creating illusory value in virtual objects using videogames & roleplaying; data mining P.T. Barnum-style the marks, the stooges & suckers mining suckers, then afterwards disinforming them, customizing false needs & wants, & double virally looping them into the corporate bottom-friendly abysses of financialized denial, self-destructive pornographic & shambolic gambles, + collectible mania & auctioneering… the very categories corresponding to the reptile basement of the human brain (remember, forget mind or soul) where most of the money is now being extracted from (gotta love this inventive, empowering term) on the Internest (no sp there).

Here's a bar in recovery from a land that forms part of cacáo's prehistoric cradle & whose chocolate culture continues to rebound after suffering devastating losses a generation ago.
Appearance   2.3 / 5

Aroma   6.8 / 10
somewhat unattractive: receding compost
breathes some photosynthesis & ionization to cut the heap
all overlain with a palm frond / banana leaf to mimic the ferment pile itself
Mouthfeel   12.3 / 15
Flavor   41.7 / 50
that sunberry intro'd by this bar's 80% mate with a touch more clarity here, then suddenly disappears in a 'blander' (a 'bland-blender' dulling the senses) -> manioc spiced with slippery elm / sassafras / hawthorne -> lightly stringent limestone -> sweet chicory -> figs out -> reverberating black walnut of some considerable Earthen qualities
Quality   15.2 / 20
More sugar seems to do little to the profiles of Q Aquim's vertical tasting flight (85%; 80%...). And, oddly, tastes less sweet even as it reduces the bitterness.

Nothing objectionable (just the opposite really); but nothing gastronomic either.

Pulp / ferment rather lackluster, for an underwhelming though solid bar. A “soft cocoa”, to use Q's phrase, put into wooden boxes to ferment for 5 to 7 days. The boxes are round, different from the more common square ones. This format supposedly enables uniformity in the fermentation process. Boxes are kept closed in order to avoid oxygen passing through the mixture. This may explain the flavor profile for it favors lactic acid & alcohol over acetic acid. Perhaps lower acidity & astringency but, alas, less fruit & spice too.

With fermentation complete, they sun-dry the seeds on wooden drying floors with moveable roofs over 8 to 12 days.

Akin to the Claudio Corallo fermentation-drying continuum, Aquim's partners put their cacáo seeds thru a 2 to 3 week post-harvest, in wooden ferment boxes & wooden drying decks the entire time which translates into the wooden flavor profile (albeit more mild than Corallo's).