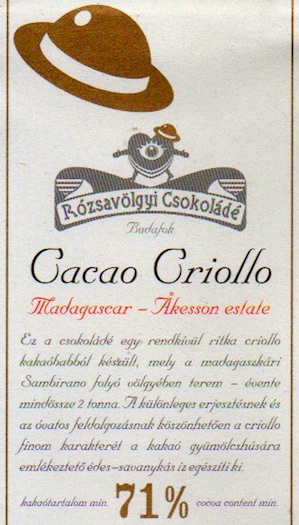 Impact
Fanorona, the traditional Madagascan board game played with black & white pieces, consists of lines & intersections, creating a grid with 5 rows & 9 columns. A line represents the path along which a stone can move. They meet at weak & strong intersections. At a weak intersection, a stone may only move horizontally & vertically, while at a strong intersection it’s also possible to move diagonally.

The objective: capture all the opponent’s pieces.

Cacao Criollo by Rózsavölgyi… a captivating chocolate board with its own black & white pieces. it takes down all opposing taste-buds with crisscrossing dexterity. 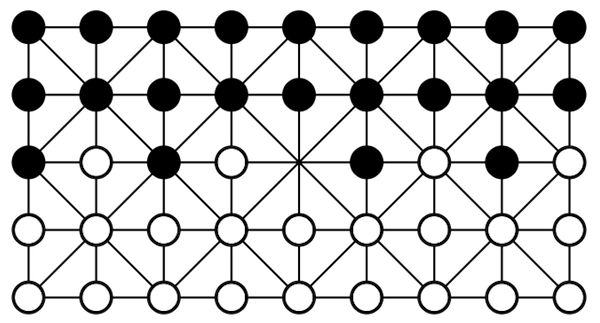 Yes, Madagascar hosts some verified Criollo in its broad genetic mix. These particular trees of Åkesson have yet to be genetically tested however. Maybe Bertil's just 2 damn bizzy 2B bothered.

In the meanwhile, taste will have to do. DNA or no DNA, flavor is always the final arbiter.

Rózsavölgyi nurtues these babes tenderly / lovingly. Moderate roast & methodical refining lets them sing out so cravers will cry out for 'more'.

Only quibble to the nibble: tough beginning in the Texture & subsurface depth never really plunges to the lower fathoms. Perhaps just as well for that might have built up so much pressure on taste-buds & against skull bones to explode heads off.