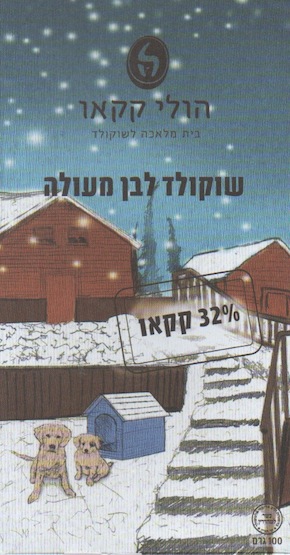 Impact
The first traditional White posted on this site since the C-spot® essay "Is Chocolate Gay" attracted tremendous response, affirmatively answering, with respect to White Chocolate at least, that it "could be".

Since then a lot has changed in the world, like same-sex marriage breaking out all over the place (admittedly, the C-spot® can only accept partial credit for that).

Amazing how tracing its evolution shows an arc running from underground subversive activity to the Queer Nation now more straight than the original vanilla-straight world itself. With the standard middle class effectively gutted by structural unemployment & meth labs, the LGBT community rushes in to fill the vacuum & replace it. Monogamy, quaint homes, meticulous attire, & fragrances for Ozzie & Harry. Just fab.

Meanwhile ever-malleable capitalism can pride itself for enlisting & catering 2 ostensibly contradictory groups -- LGBT & largely homophobic hip-hop -- into its fold, tolerating dissidence (to a degree) as long as all remain servile consumers in contributing to the global pyramid. This extends to limited destructive urges whose damage can be repaired or replaced with "new & improved" products in a dynamic that proves good for the overall health of the economy.

Maintenance of the order & the system of power, which in about the same era as the campaign for gay marriage, has progressed from Eisenhower's admonitory Military-Industrial Complex to Bush-Barack's embrace of the Financial-Surveillance Nexus (Wall Street meets DC with Silicon Valley providing seamless connectivity -- to whom this site is gratefully [& eternally it turns out] indebted for transmitting this very message; Chomsky might agree that greater noise-to-signal ratio allows for obfuscation of real intent by malevolent forces).

Enough of this conspiratorial jag acquired by too many viewings of Mad Max, The Matrix & Minority Report, let's return to the simpler days & the simple Life of Yummy Tummy not so much to digest any thoughts as to expel them.

Holy Cacao from Israel in an ode to vanilla-White sex which nowadays stands as a radical departure in that the cocoa butter herein lies un-deodorized. Sniff it: whew.

Darksiders will no doubt place an EMS txt to call in the brown-boots… when there's no need to.
Appearance   3.4 / 5
imposing & creepy
Aroma   7.1 / 10
peanut skins blow off yielding to vanilla that cuts thru putty & clay
Mouthfeel   12 / 15
Flavor   44.5 / 50
rare caramel for White (where Fruition's amped caramelization in Toaster White is intentional, this tastes more incidental [the former relies more on heat, the latter vanilla]) -> caulk & chalk sweep in, befitting the Texture -> low light lime -> umami 'n sweet (salted-sugar) -> hiccups on an improbable 'fish-cider' (where'd that swim in from?) -> distills a a chip without the potato (just the drippings) -> fried coconut -> a wild juxtapose of a finish: egg-cream / lead No. 2 pencil
Quality   16.4 / 20
The good Bromans / growers who comprise the Conacado Co-Op in the D.R. do more than just pick pods & split 'em open. Agile cultivators, they scale more vertical these day in creating value-add items such as pressing cocoa butter for consumer markets (the co-op also preps cocoa liquor). Holy Cacao counts as one beneficiary of the fruits (&, in this case, fats) of their labor.

A bar with a dramatic opening, horrendous turn of events, then a fine recovery.

For starters, a granular White? Cocoa butter, the goddess of vegetable fats, a powder keg?

Next, very little to nil lemon analogues so customary in White (a barely detectable drop of lime though). Ditto honey.

On the plus side, virtually no baby formula either (but quite a bit of grout fills in that owes to milk casein proteins).

Dairy, somewhat a subspecialty for Holy Cacao, otherwise stays nicely cloaked as it influences the progression, particularly the umami-glutamate aspects.