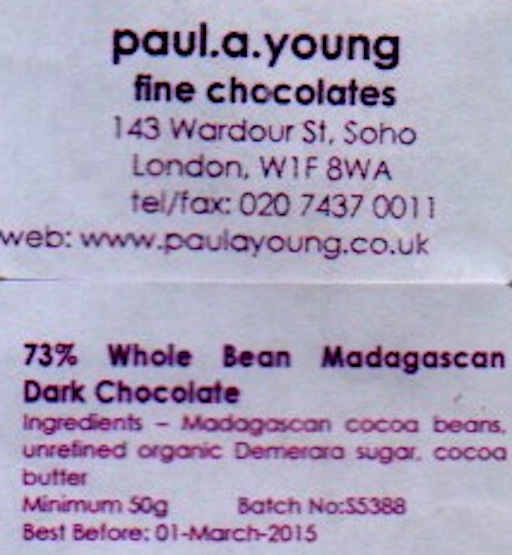 The hygienists & the hucksters have been having it out over cacáo hulls in their chocolate.

Some humping this bar under the guise of “reviews”; some others championing ideology in the name of public safety (‘cleanliness sits next to Godliness’ revised as food science / nutrition ). The opposing camps stand as far apart as those political parties accusing one another of either throwing grandma over the cliff or establishing death panels.

The latter group are well-intended, data driven & technically correct. But they overlook how people tend toward the omnivorous & eat the strangest things. Insects, weeds, even other primates & mammals. Sheesh, a subset of humans practice copraphilia.

Take “raw chocolate” for instance. It tastes wonderful…. to a termite… yummy as gnarling on sheetrock. For all the Surgeon Gen’l-style warnings against ingesting it, no reports exist of anyone dropping dead from an acute case, nor even a factor in longer-term disease such as with smoking causes cancer.

Oh, but it only takes one, read the alerts. Of the probabilistic fatalities at the hand of a gun, an automobile or prescription medicine, a chocolate bar loaded with everything from crushed brick to dung & cocoa nut shell ranks as the least dangerous. And among those possibilities, it might be the most preferable.

The former bunch run the gamut of psuedo-journalists & bloggers-cum-floggers who evidently lead unexamined ahistorical lives (at a minimum, awareness of humanity’s past experiences, however recent, escape them… frignorance enriches).

For centuries hulls could be found, usually as fillers or as part of counterfeit goods. Ocassionally as a novelty or inclusive of the total cacáo package (excluding the pod’s outer pericarp). More recently Pralus & Cocoa Puro have released unhulled whole cocoa nuts. Crio Brü keeps the husk in their beverage mixes. Nothing new there.

Or here in this bar for that matter.

Brits historically have been innovative & industrious. This is neither.

Young has gotten a bit too cute & clever by half. He understands all the work involved in making chocolate adds up to a back-breaking bitch. The "break-thru" in this method of including the hulls in a bar probably arose out of fatigue &/or accident. So apparently he cut corners for a quick fix. Then an agent markets the, sorry to say (sorry because Young is an accomplished chocolatier &, gleaning from one encounter at a dinner, ostensibly innocuous), shoddy product (shoddy beyond just the addition of shells) knowing that a gullible media & weary public shall buy & eat it up. Depending on how complicitous he is in the media blitz speaks to either his own misguidance (& therefore unintentional) or duplicity (ergo integrity).

In any event, whoever handles his PR deserves a raise. Or an indictment. Depending on one’s POV.
Appearance   3 / 5
'sloppy' covers the packaging too… crooked labels on the wrapper (click image upper right to enlarge)
Aroma   8.2 / 10
not Milk Chocolate but Cheese Chocolate, very clean & subtle though
the hard rinds of a cross whiff between the Friesian cows from a mildly tart Lancashire & the adopted Pecorino sheep at Berkswell inflecting alfalfa & hay
closes with a chewable St. Joseph's aspirin (foreboding?)
rather unique in the annals to state the obvious
Mouthfeel   7.4 / 15
Flavor   37.2 / 50
all's well that begins well (here's hoping) on tart cocoa -> caramelized starch -> sickly toffee roll -> molasses -> sawdust, fiber, & spackling officially signal onset dementia as this seed wants to forget itself (blamelessly) -> those cheese factors from the Aroma intrude, slathered in goopy cranberry sauce (the hangover from the opening tarts) -> hazelnut flush down
Quality   11.9 / 20
The above descriptors sound & read better than this tastes.

Disjointed in every which way. The chocolate equivalent of Vegemite; Marmite; Spam. In another bit of false advertising the label lists "fine chocolate". Far from fine, this redefines 'crude'.

Those who crown this as 'good' as well as those who proclaim it ain't so bad apparently need to have their taste-buds scrubbed with stuff like this.

The Flavors incongruent with one another… & muddled at that (soldered together in casein-like glue); Texture incoherent with itself… either as smooth molten chocolate (the innovation of Lindt's conch technology) or the Azteca / Modica / Taza coarse ground. The push 'n pull / sand 'n silk inconsistency unsettles & detracts with all the buzz of an annoying beehive… without any of the real honey.

Striving to build purist's cred & maintain the "wholesome" marketing edge, this bar eschews vanilla & lecithin. Instead, it contains some Demerara sugar thrown into the mix (a variant of brown sugar), in league with "coconut blossom nectar" / "palm sweetener" / etc. or whatever euphemism that sucrose fetches. All imprint their own heavy flavoring (typically caramel / toffee tones).

Demerara colors the chocolate profile drastically. Indeed, for this aborted-at-the-pre-winnowing-stage chocolate, it masks the underlying defects with all the flair of a cosmetic mortician drawing a smile with a smear. The taste if not the texture of husks is downplayed at the beginning, so this bar becomes a joust for a while between tart (from the cocoa Nibs) & toffee (the molasses-laden Demerara). Neither win, of course, because in the end the husks do have the last word as a grim reaper of an otherwise fecund harvest from Madagascar.

Which makes Paul Young's 73% Whole Bean an uncut diamond in the rough dirt. For the polished gemstone, just mine Menakao's cacáo (the direct supplier at the source) where the locals there proudly produce a 72% of genuine sparkle.

Some serious marketing chops though. Ditto his bonbons.