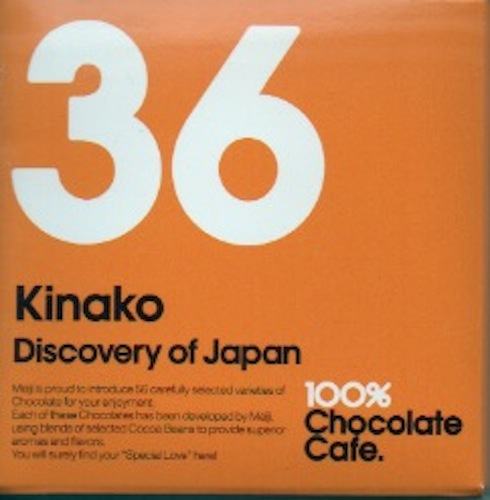 Impact
Certain Japanese -- such as the Okinawans -- live longer than any other ethnic group. They have healthier hearts & bones largely due to their cultural habit called Hara Hachi Bu -- which entails eating just until about 80% full.

These little tiles (2-bite sized noshers) from Japan that come in candy-colored squares fit perfectly with that longevity practice.
Appearance   4.8 / 5

19 Sulawesi
a stick in the mud

19 Sulawesi
Indonesia
innocent cocoa with sugar to meet & match it -> brown sugar spicing at the back + late-breaking jambu (Asian apple)
Another 62%, this one built upon Amelonado gene stock, which better proportions this origin than the Hawaiii (above).

It produces, among a myriad of other products, this ordinal series that currently numbers 56 bars. Judging by these 4, the whole set might well be worth collecting.

Meticulous... whether for an artisan or conglomerate. If only Mars could approximate such. Very polite & mannered with plenty of safety margin for the mass consumer market yet with tweaks & innovative touches (e.g., Kinako).

Japanese craft across the board -- whether cars, keyboards or sake -- trends toward perfection. Meiji adheres to the national trait.