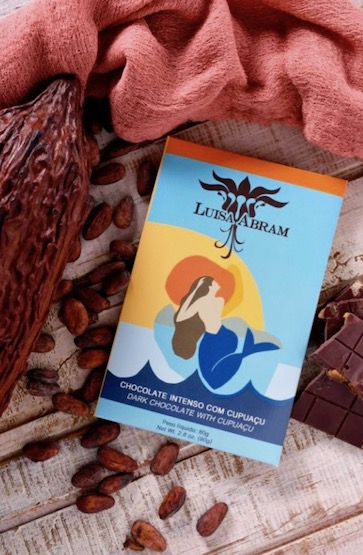 Impact
One of the most important figures in modern architecture, Brazilian architect Oscar Niemeyer pioneered the use of reinforced concrete. His buildings feature smooth curves quite distinct from those of his more utilitarian contemporaries. Think of those remarkable works in the creation of Brazil's capital, Brasília, including his design for the Presidential Palace & the cathedral (power goes hand in hand).

These bars rely on tried ‘n true formulations but executed in creative ways for some distinct flavors.

Luisa Abram… the Niemeyer of chocolate? 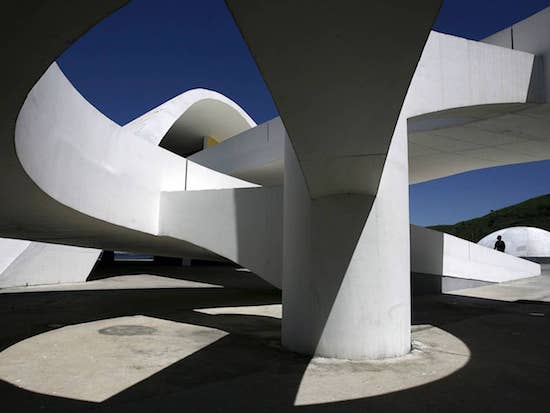 Branco Caramelizado (Caramelized White Chocolate)
40% cocoa butter content
Play-Doh® + grilled butter
Mouthfeel   -- / 15
Flavor   -- / 50
Capuaçu
Botanical brother & forest friend to Theobroma cacáo (the tree from whose seeds constitute the key ingredient in chocolate), capuaçu (aka Theobroma grandiflorum) is instead harvested primarily for its delicious pulp.
Bringing them together here in this bar detonates a tropical cocktail... fruit flavors flying all over from banana to pineapple & melon doused in rum. A mouth party.
Tocantins cacáo aligns neatly with Capuaçu to over-complement matters. Either upping the cocoa percentage or choosing a genotype with straighter baseline flavor to offset the brightness of the Grandiflorum would provide some bottom ballast.

Branco com Castanha do Brasil:
a flavor quieter than its crunch (thanks to Brazil nut bits)... so very soft & pastel in its taste that the added nuts appear almost invisible on the palatte, the whole tapers to a wafer

Branco Caramelizado
vanilla frosting bends to fried waffle (excellent)
Ever since Fruition introduced Toasted White, this caramelized White Chocolate thing has become a thing. Indeed a good thing. A very good thing here. Midway / fun-way amusement park fare.
Quality   -- / 20
Baseline cocoa sourced from Rio Tocantins, Brazil & crafted in-house. The CB (cocoa butter), grabbed off-the-shelves, hails from Pará, Brazil. The latter hits rather neutral on the palate. To compensate, Luisa Abram Chocolate lays down a nIce hefty cocoa butter weight (40%; most Whites weigh in the low 30s) then scavenged far & wide to find a milk powder to pick up the slack. They found it in a neighboring South American country & struck gold as in golden impressions with some intermittent caustic threads from the casein proteins in the milk.