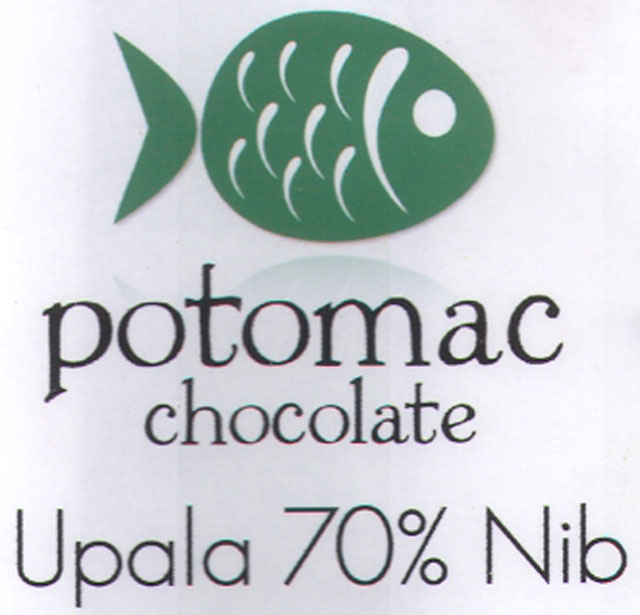 Impact
Summertime, & the living is... sweaty. Heat waves roil East Coast USA where Potomac Chocolate operates. When appetites slacken, causing mere chocolatiers to shutdown or at least slow down, & the going gets really hot, the pros actually turn up the heat. That means Potomac flies right into the midst of the worst of it to transport the payload. And beat it with plenty of thermo-shield to spare. (Except for maintaining objectivity, this act alone would deserve an extra bonus point right out of the box.) Thanks to its bravery, the bars are delivered safely, then ensconced inside the 3CV (Climate-Controlled Chocolate Vault) where analysts in white smocks investigate their contents.

There could be a reason why everyone in this custodial chain goes to such lengths: to arouse everybody’s C-spot™ with exopheromones – those chemical signals sent out to seduce the human species.

Chocolate is, after all, a vital part of the orgasm diet. The 4-Food Groups may actually consist of more than White Chocolate, Milk Chocolate, Dark Chocolate & Flavored Chocolate but Marrena Lindberg, author of The Orgasm Diet, serves it up naughty but nice that Big Brown jumps the libido, solidifying its rep as an aphrodisiac. Dopamine found in high quality / high cacáo-content chocolate especially improves female libido, while its theobromine increases stamina, guys... without the unpleasant sides of Cialis’ 4-hour ‘can’t-get-this-thing-to-drop-down’ hydraulics.

Even women suffering from anorgasmia (inability to get off) often reach climax after just 2 weeks on a chocolate meal plan. And for those already “feeling it”, a strong bar raises the frequency & intensity even more.

Potomac Chocolate: might just be the staff of life.
Appearance   4.6 / 5

Aroma   9.1 / 10
gifted aeromatics / chocolate magic at the outset... Sour Patch™ raspberries, cotton candy & honeysuckle rose (& that’s just the first inhalation) -> settles to more traditional licorice, chicory, then heavy roasted tar & nicotine -> gas fumes & tamarind along the break line off a rubbery bounce
Mouthfeel   13 / 15
Flavor   44.9 / 50
chocolate encloses soft raspberry -> expresses a drip of coffee + breadfruit flours into dense mocha pound cake -> hits the jets on tamarind -> vanilla-carob in the back recesses -> malted cocoa to mother-of-pearl -> figs out
Quality   18.3 / 20
Subdued yet sublime beginning deepens terrifically so by the finish a chocolate that impresses with its sustain. This, along with Potomac's plain 70% & the 82%, forms a Upala Trio of sorts to carefully split the difference between them.

Ben Rasmussen of Potomac dials in to the origin with painstaking precision in the mode of Patric’s Alan McClure on Madagascar, or Claudio Corallo & his Príncipe Island cacáo. These barsmiths, known for piloting vertical flights of a specific seed type, offer T-buds (‘T’ for taste) those rare panoramas of differing percentages & configurations.

What started just several months ago with lots of promise for Potomac already verges on near-perfection as it appears to be getting up to speed with ease. Flavor this easy however can be deceiving. Ben hones his skills tenaciously -- investing in equipment, hitting the online forums, tweaking procedures, & conducting trials back in the workshop -- all in the name of mastering the pleasure craft.

Perhaps the only limitation to his ascent with this bean lies in its inherent genetic modesty. He has probably taken Upala as far as it can go; all the parameters (roast / winnow / conche / temper) max’d & optimized.

Then again, who knows what’s in store & if there’s more. This guy excels in the art of the unexpected by exceeding it.