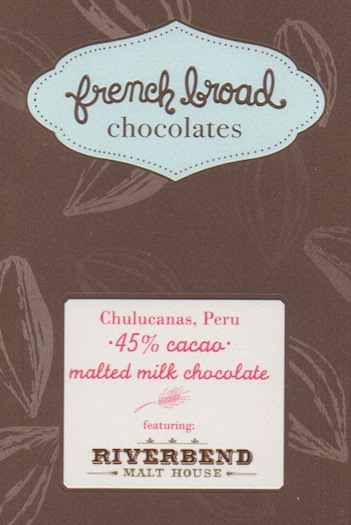 The Cardinals’ in Rome picking a new pedophile -- uh, Pope – hoping to convince the faithful to drink the holy wa-wa streaming from his pee-pee while listening to track 18 on Game's Jesus Piece.

Glad tidings across the globe also to those who want to go 100% soylent so that the new-norm in the asymmetrical corporate/consumer relationship racks up record bottom line / shareholder greed… errr, ‘green’… in their fight to bring Dr. Moreau's Island to dinner tables everywhere.

The current FDA heads are giving the Shemp thumbs up to genetically engineered superfastgrow monster hatchery salmon -- slated for approval next year -- probably around the same time said FDA Dept flubber-stampers will no doubt resign so that they can get their payoff: going thru the revolving door straight over to Monsanto or Syngenta where vice presidentships await them. S.O.S., the ‘same-old-same’ since lobbyists started owning politicians way back when. An ocean away, Communist Chinese play Frankenstein with their own rivers by urinating antibiotics into them.

Needlessly histrionic jeremiads aside... really now, anybody who hasn't cottoned to the fact that the great GE crop called Roundup, engineered by an incorporated poison biotech (F, just did it again, Corporate Person, they have feelings too! They just need to be loved!), is pure concentrated filth to the nth power hasn't been on the Internet since Bubba called it a 'superhighway’.

Lethal Nutrients: they're a helluva drug!

Especially when Monsanto now claims they’re essential to mankind's survival -- Doc, what happened to womankind? -- in surviving global warming. Listen to this: they are 'modifying maturity zones' to 'encompass climactic shifts.' The right kinda doubleplusungood talk!!

Canadian social critic John Ralston Saul (no relation to Ralston-now-Nestlés Purina Cat Chow meow-meow-meow) predicted 20 years ago in The Unconscious Civilization that markets & their predatory MNCs (who are also Corporate Clowns… uhhh, Persons, so be careful or risk being be sued for slander, libel & other hate crimes against oligarchs) would wrest most of the power.

Those overly prescient, sneaky Canucks. Time for the Yanks to invade them with drones dressed up as black swans & take over their Commonwealth so the real right-to-bear-arms North Americans might enjoy a whole new half-continent to sell guns & heavy ordnance to. Just as the creators of the now ancient South Park musical (& Michael Moore, another moldie-oldie self-promoter) would sardonically opine for the sake of a bloodbath – or rather ‘argument’.

Sorry for the tired blather. This is what happens when working the Steps & going to too many meetings; lose the edge & rage, resorting to only green light-glycemic index foods anymore. Maybe eating monster salmon will turn this chocolate addict into a better bloviator.

This op-ed, brought to you by a caring / sharing unincorporated person, is not only quite biophilic in pursuit of keeping the great megalopolises from turning into necropolises, it’s long overdue.
Appearance   4.8 / 5

Superb match. Fr Br's Chulucanas base just rhapsodizes the milk, while dairy in turn sublimates the cacáo, all with an assist from browned butter + malted barley milled by Carolina Ground L3C for some real down home Southern colla-BAR-ation.

The total taste recalls & rivals other hi-pitched Dark-Milks (Cluizel's seminal Mangaro Lait & Soma's later version, those both from Madagascar; or the lemon-ness found in Jembrana & Java). This highlights Peru's citrus fruit basket -- at or near the center of the species' origin to show up the others where it all came from. The lime here never leaves, always satiates to quench the thirst of that dry toffee.

Save for maybe a twee too sweet, tremendous ratios otherwise balance throughout, especially the subtle addition of malt that barely qualifies this for the Flavored category, to the embarrassment of the ham-handed Askinosie Malted Milky Drip Drip Lick Spittle.

Malted Milk Chocolate from French Broad -- just the way it should be.