Impact
Surely some have noticed the strange synchronistic coincidence of life-imitating-art, as the discovery of a ‘God particle' & the naming of a new Pope were the key plot elements in Dan Brown's monster bestseller & film Angels & Demons, which was published before The Da Vinci Code but became popular afterward.

Consider it the day the Christian Science Monitor – that bastion of objective journalism built upon Mary Baker Eddy's charismatic cult – lived up to the full-scale implications of its name. They probably partied all night over it.

The key concept confirmed in the Higgs boson is the indubitable presence of the field -- pervading at least this universe -- by which particles acquire mass on a quantum level. It’s what can best mathematically (or better yet statistically) verify a Unified Field; the Field that enables shamanic & alternative energetic practices that rely on a supposedly scientifically impossible (according to Newtonian theory) principle of action-at-a-distance (such as Reiki energy) to work in a new scientific paradigm. Mystics, of course, have spoken for thousands of years of such a Field, & how humanity can commune as well as heal fellow beings thru attuning to it vibrationally. The recent documentary The Living Matrix shows how healers in several alternative practices make use of this force.

The confirmation of the Higgs boson / God particle makes this theory of the Field palatable to quantum scientists for the first time, though doubtless most of them, despite this initial proof from the Hadron Collider straddling Switzerland & France, will require additional proof in order to shift their thinking. Should it hold up, this is without doubt the most exciting set of discoveries since the time when classical physics was being challenged by the new quantum mechanics in the early part of the last century, beginning with Bohr's new theory of the atom & leading up to the quantum field theories of Richard Feynman & others that filled in the missing holes of Heisenberg, Shroedinger & Durac's contributions that led to & followed the pivotal Copenhagen Conference.

Chocolate too has its particle, encapsulated in the cacáo seed that gathers mass as it moves thru the chain-of-being exchanging hands so that those enraptured by it, prophesize on it – from practitioners mixing mystic cocoa liquors, to portable solid bar elixirs infused with radiant kindness, & planters husbanding Theobroma cacao trees; including so-called “raw chocolate” types (much maligned on this site), who, in the main, are sincerely inspired & intent on feeding people with goodness. All connect within its web of life, luck, & love.

Count Paul Johnson of CariBeans, with an able assist from Dan & Jael Rattigan of French Broad (they occasionally work jointly on cacáo projects) among the collective of optimists, idealists, romantics, dreamers, visionaries, & radicals… imagineers who happily pioneer the borders of chocolate… those kindred spirits to chocolatarians the world over who can feel close from a distance. 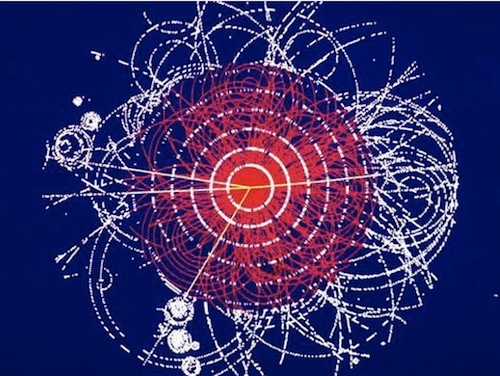 Aroma   8.2 / 10
dirt of the good Earth, riverbeds & banks, coffee grounds... all rolled in cigar leaf
Mouthfeel   14 / 15
Flavor   43.7 / 50
cocoa puffs -> chicory -> carob pods, & seeds of koa haole -> treacle -> black fig -> vanilla & cardamom -> the licorice-like morro / Jicaro (Crescentia alata) -> slight backwoods bitter (amate) -> flows off syrup... mocha reverb
Quality   16.1 / 20
Almost seems as if someone has been casing the C-spot's® Vault wherein its Special Reserve collection is ensconced. The only way to enter is to earn a way in. Bribes, connections, charm or sawggar (such as naming a bar 'Special Reserve') won't work like they do in cutting the line & hopping the velvet rope at a club.

'Please, step right this way, CairBeans, past the bouncer & thru the double-door...'

Fash fabness of Texture once the micro-granules melt thru to butter -- coats the upper / lower palate + sidewalls & sublingual areas with truly unctuous spread. Its only rival in the fleshy contours dept being Hachez but at a far more natural feel here. No doubt the fat content of these beans tips the scales.

As customary for the label, CariBeans employs raw cane sugar which imparts a molasses edge to good FXs. In this bar it contributes a complimentary act, buttressing the low-end flavor points with only modest assertion on its own.

The net plays out similar in character to Rogue's bottom-ended Balao, though even more mono-dimensional (baseline cocoa), minus the uber-refinements.

A hard-won accolade for a generally struggling origin -- Costa Rica.