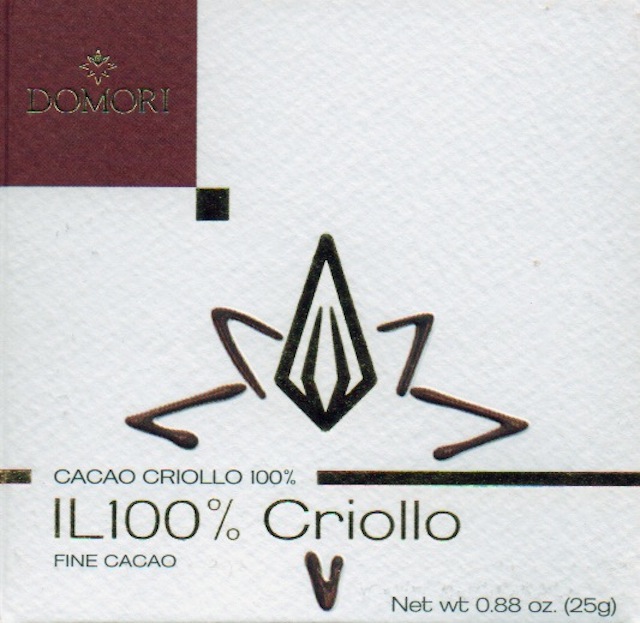 This single fact causes so much consternation & insecurity among punk egos in the business, especially barsmiths who consider themselves rockers, that it forces many to surround themselves with ever greater paraphenalia of vanity: the entourage of signature logos, overdecorated packaging, extended personal bios ('he spurned a high-powered position on Wall St for riding RVs thru the jungle in search of rare endangered cacáos'), etc. – all to get attention.

(Psst: a chocolateer once confided that irrespective of good or bad quality, just hang a shingle on the door that reads ‘chocolate’ & the masses will buy it. Indeed, companies should pay a royalty to the estate of Paleo-Americans who invented this wondrous elixir w'all call 'chocolate'.)

Notwithstanding, none of them rise above chocolate itself. Only a select few can even co-star on the marquee.

Gianluca Franzoni aka Mack Domori, for example. This guy has been box-office for years. And occassionally more so than, dare say… chocolate.

But things are changing at Domori. The new owner, the coffee maker Illy, perhaps finally exerting an influence on the output, throwing its weight around with a new look & a new house flavor. It seems to be vying for top billing. Or at least executive producer credits. 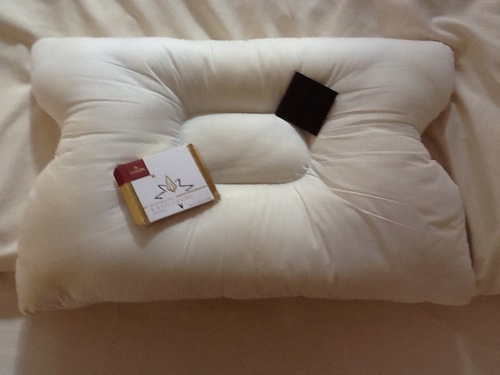 Sleeping with Chocolate: The NFL has its tuck rule (any intentional forward movement of the quarterback's arm) & the C-spot™ this tuck-in service (a little hand-out conducive to pillow-talk, Domori-style).
IL 100% Criollo readies to get it on... proof that even a downsized 25 grams has huge upside thrust

A blend with lots of star-power, the blueprint of which has maybe only one rival in all the chocolate firmament – Felchlin’s Centenario. Unlike that, however, this contains more uniform genetics that belong to one extended (i.e., non-homegeneous) family, Criollo. Specifically: Ocumare 61 endowed with red-fruited chocolate; its sibling Ocumare 67 brings the brown fruit; the cat-like grace of Canaobo; & the masculine force of Chuao.

And where Felchlin adds 30% sugar, this sugar-free bar relies strictly on cacáo’s inherent sweetness, buttressed by cocoa butter to increase the perception of those spare sugars. Thus qualifying it as a superfood in a superpower blend.

Like Centenario, however, the constituents seem to cancel each other out more than distinguish themselves from one another.

Domori solders them all together in this rather seamless chocolate-joint to replace the Puro in its former line-up. Very much the natural offspring of that bar but with a difference: an altered blend that leaves out the fruited aspects.

Instead this really puts the jaw on. Domori could always be jarring; smooth but jarring with its sharp contrast & definition, the fresh vibrancy of notes stemming from minimally processed seeds. 100% unsweetened chocolate can be punishing no matter what the circumstances. And make no mistake, this leans in a harsh direction. A generalized dark pall descends over the proceedings.

Once again, the newer roasting profile, picked-up to some extent from Domori's major shareholder Illy Coffee, prejudices the outcome. (For a further discussion on this, see the Quality section toward the bottom of the review on Domori's Porcelana 2012.)

As much as people want to draw corollaries between them -- both as beans & as tropical crops with long supply chains -- coffee isn't chocolate. Coffee berries can take a beating in the heating. In fact, they require such in order to maximize their flavor. Cacáo fully expressed into chocolate is potent yet fragile, & demands finesse. This bar overshoots the parameters.

That said, IL100Criollo is all pretty well balanced: the butter curbing the bitter just barely enough to make tolerant; the structure quite solidified; the length almost interminable; with an after-sensation that grows positive impressions.

Damn good in fact, if a twee off-peak / just missing the summit &, hence, slightly thrill-starved. A fine companion to Pralus' bright Madagascar 100 and Zotter's shadowy Peru 100. But nothing emblematic nor special that chocomanes have grown accustomed to from Domori.

Chocolate by its very attractive nature allows barsmiths to make money while making mistakes. Let's hope this is just an experimental batch.