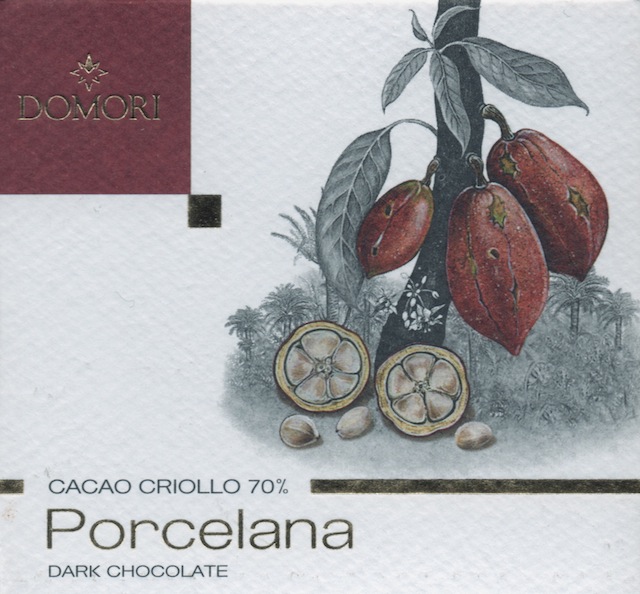 Revisions can be found in the Quality section toward the bottom of this page.

After so many years in this game, releasing highly-rated chocolate hits, Gianluca Franzoni of Domori stands head & shoulders above the pack.

He invites no comparisons... except to himself. Lonely, he only has himself to compete with.

Even on that scoreboard he's winning... even if dropping a couple matches here & there.
Appearance   3.1 / 5 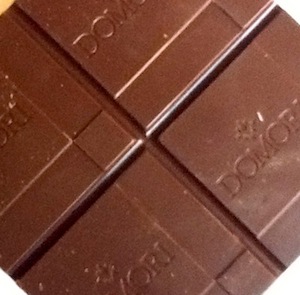 Aroma   8 / 10
fulgent chocolate-cream under a geranium vapor-mist (rarefied air) -> dissipates to unearth some potted soil / dirt (a mudslide about to collapse or a mudcake set to rise?) plus, as ever with Domori, a spotted cheese funk (trace ammonia, the result of generally low-impact processing on long ferment cycle)
Mouthfeel   13.8 / 15
Flavor   45.6 / 50
enters with a coffee poundcake... unexpectedly heavy & brooding... a bit of flint therein ignites a massive chocolate BANG right out of it -> after incalculable moments, the cocoa dust settles over breadfruit & cream-tones which blend into pink pastel strawberries -> slight limestone grip -> nutsome Venzy finish (classic) -> malted vanilla milkshake
Quality   16.2 / 20 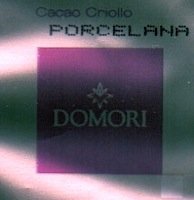 Should hysterics who twitched online about Domori besmirching its name by putting Porcelana to shame via an infrared pre-roast step-down from their soapblogs & shutdown their tablets?

With rare exceptions, almost all cocoa is technically baked rather than classically roasted over an open fire. Baking, roasting, grilling, or whatever one calls cooking a cocoa nut, involves the regulation of heat & airflow. In chocolate, some barsmiths utilize convection ovens so common in home kitchens the world-over that typically lay the nuts on perforated trays (Mast Bros, Rogue) Others employ a drum roaster that tumbles them around in a cylinder (Askinosie, Soma).

Selecting one over the other often boils down to personal preference &/or economics, though conventional wisdom tends to favor the drum.

The coffee maker Illy acquired Domori in 2008. For years coffee companies have been experimenting with Infrared Roasting. No known chocolate makers have done so, in a measure of either just how practical or, conversely, loathe to innovate the artisan chocolate movement is. Some of that stems from craft chocolate seeking to connect with its ancient Mesoamerican roots in contradistinction to the mechanized candy giants. If that were entirely true, however, they should then be pulling out stone slabs called metates & start hand grinding.

Whether convection or drum, both methods suffer from imprecision, often burning their contents inadvertently (or, in the case of Pralus, intentionally); cooking unevenly & haphazardly. For example, the surface & outer layers of cocoa nuts may be done while at the core the Maillard reactions so critical to flavor development that occur during roasting may still have a ways to go. This can result in a chocolate simultaneously charred & slightly raw.

Just as Domori, along with its partners the Fraceschi family in Venezuela, have applied genetic selection & science to its rescue & recovery missions of heirloom cacáos now sheltered at their Hacienda San José estate, the label is applying similar principles in advancing its processing techniques.

Gianluca Franzoni, the Magister Ludi behind Domori, confirms he introduced "a new unit of roasting that is continuous rather than per batch" but assures that "the roasting curve is pretty the same with a top temperature of 125°C" (257ºF).

He then denies rumors of any infrared pre-roast finished in a conventional roaster. To back his claim, he forwarded these enclosed graphics. The new unit is a customized vertical roaster built according to specs to, in classic Gianluca vernacular, "optimize the potential of the beans". 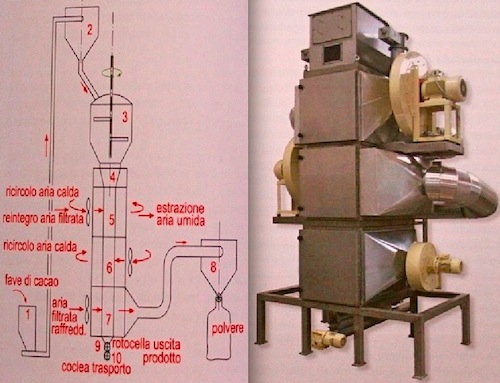 Still, why the change given that prior releases of Porcelana were so spectacular?

Gianluca further explains the continuous "technique is pretty the same" except it can handle larger quantities with constant flow whereas the old system worked for small batches.

This signals that Domori is gearing operations to increase the production of couverture where greater revenue can be captured than in the much smaller premium market segment. If so, such a move necessitates higher scrutiny & food safety; & reliable procedures that mount an effective & efficient kill log for bacterium / pathogen platelet count.

With respect to this Porcelana here, whether continuous or a 'half-baked / half-zapped' approach (so to speak), it tastes satisfying enough.

And as with its splicing & grafting in the cacáo groves, a certain ironic coolness (more on that below) pervades with this equipment upgradet; similar to the difference between, say, old rickety wooden roller coasters & newer pneumatic steel scream-machines. Neither is necessarily "better"... both have their fans.

The upshot: an evenness that feels eerily reposed in balancing the sugar & the bitters / the whispering highs & the grounded lows. Definitional Neo-Modern in style, technique, & formulation (cocoa + sugar & that's all).

Ironic in that while most Porcelanas are delicate flowers with fragile micro-thin petals, this bar emboldens the empress of all cacáos.

Yes, bolder, less gentle than most treatments of it; more in line here with Coppeneur's take on the cultivar which means not quite hauntingly sublime like Amedei's past Porcelana vintages, nor hyper sensational ala Bonnat's. Fits the middle slot -- a bit of each & the best of neither. Slightly dolorous.

More time & batches will tell if Domori is once more ahead of the curve in riding the wave of the future. Who knows: the label just might consider experimenting with Infrared too... all-the-time / all-the-way & abandon conventional roasters altogether.

Or would that be merely a retro-evolution with lots of fancy tech for smoke 'n mirrors FXs?

Because, then again, there's the highly adaptive & resourceful Cyrila's -- a Mayan barsmith in Belize, who just plugs in an electric skillet to get the job exceedingly well done as anyone, anywhere.