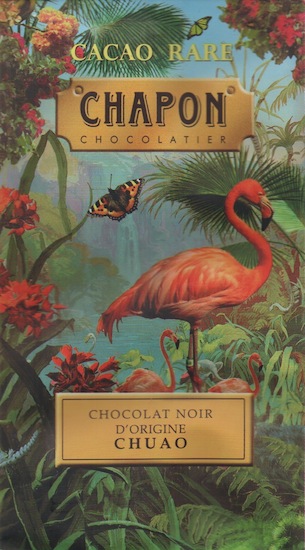 Impact
In addition to the gran cacáo for which it gains fame, Chuao is also home to inescapable pelicans.

Pelicans both fly & swim well, a must in this particular valley for, as most people now know, Chuao can only be accessed by water or air (no road access). All good; like the local villagers, pelicans enjoy fishing.

Their beak can no doubt break open cacáo pods, & their large bills could easily swallow 'em whole. But that's a lot of work so they leave that task to humans.

They range from coastal South America all the way to France from where this Chuao cacáo is crafted into chocolate. In fact, the oldest fossil remains of the species were found around Lubéron, France, dating back to 30 million years ago.

In ancient mythology, pelicans were associated with death & afterlife, just as cacáo once was too. Christians linked them to bloodletting akin to the crucified Jesus. Blood sacrifice & chocolate, of course, mark Mesoamerican civilizations. Little wonder then that pelicans co-habitate with cacáo around Chuao... they're practically made for each other.

So why on Earth would Chapon swap out a pelican for a pink flamingo on this bar's wrapper (click image on the right to enlarge)? Could it all be a picturesque gloss to divert attention from the possible handiwork of one Françcois Pralus?

Only asking... because this chocolate is about as pink as a stray pussy cat prowling Paris' Rue Saint-Denis.
Appearance   4.3 / 5

Far from the most manifold to hit the marketplace from this origin. In fact, rather streamlined black which, in another comparison to the aforementioned Valrhona, rivals Araguani in its chromatic.

Quite butter-mediated however (3-to-2 fat-to-mass ratio articulates as much) to cool the flames some, as Chapon goes high on the roast. But as Pralus proves first & foremost, Chuao can take the heat & return fire with fire.

Perhaps re-confirms it too, for this bar sports a Pralus-worthy temper / shine. The FlavProfile, however, shows darker next to Pralus' more blue-hued Chuao, Then, again, it all might just be a batch variability or a customized tweak by Pralus for Chapon's predilection. Pralus after all has performed (quasi-)private-labeling services over the years for others (Hévin, Åkesson, Corallo, Duane Dove, et. al.). Yep, Pralus can burn; & this is a burner.

Whatever the circumstance, good attention to overall detail, especially the omission of vanilla which this chocolate has no need of.

And gotta luv the pink flamingo on the wrapper since, as one C-spotter® says, "it's about the closest this bar gets to some red berries."

Order restored: the victim of that ID theft committed by an imposter -- aka Ducasse Chuao -- reclaims its identify here with this Pralus-style Chapon.