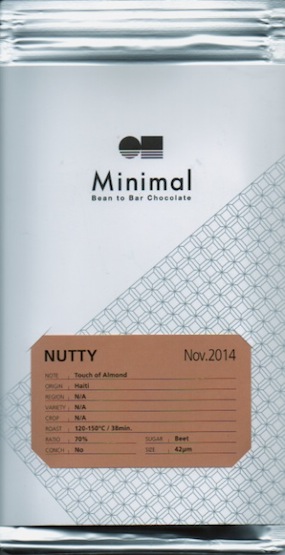 Impact
The Japanese beach town of Shirahama fills of natural wonders failing the test of time. Sand imported periodically from Australia washed away to sea. Visible just off the coast lies Engetsu Island, a sublime arched sandstone formation dunked like a doughnut halfway into a cup of coffee with a big bite taken out of it. At dusk, tourists gather around a scenic point where, on certain days, the arch perfectly frames the setting sun.

Arches are temporary geological phenomena created by erosion. This very erosion ultimately causes them to collapse.

Fearing the loss of Engetsu, the government seeks to retard its deterioration by reinforcing the arch with mortar & grout.

Minimal Chocolate in Japan suffers no such vain illusions of permanence. It cuts against a method of industrial innovation called kaizen, usually translated as “continuous improvement” by opting out of the conventional kit 'n kaboodle of barsmiths just about everywhere. Few of its bars, for instance, undergo much refining, let alone conching, excepting for one lapse from habit. In fact, the least inspired of all: the most processed bar in the bunch named Conch (see below).

The results are generally astounding; primal & brave; leaving cacáo closer to its original state with textures that erode more than melt. All endowed with a certain animus against efforts to ward off the inevitable.

Yes, Minimal is a wild animal... of pure Zen genius. 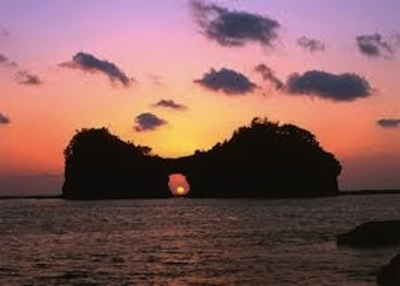 Bitter
lighly traces the Aroma atop a graham cracker to simulate some banana-cream pie -> black cocoa back (no char; just pitch cookie sandwich)

Fruity
stone, roots & twigs -> aft-black berry of bignay comes fore as raspberry complimented by sandalwood-cocoa -> pineapple-langsat join the party -> orange blossom sunset (gorgeous) -> all back to black bignay
Quality   18 / 20
Snatches a page out of Tcho's name list. Instead of the overworked "single-origins", it designates origins by Flavor Profile or, in an innovation all its own, the sense & sensibility of a bar. Like its own name -- the self-described Minimal.

Primitive
Source: Colombia; Sierra Nevada
Winter 2014 Vintage
68% cacáo-content
More a play on sugar than base chocolate flavor & its potential nuances. The beet sugar variety, non-integrated in the main in an ode to Old-School Taza-style, & the amount of it -- roughly ⅓ bar composition -- sees to that & trumps all in yet another expo of just how fragile cacáo is. Light-handed treatment beginning with a roasting curve of 240ºF to 285ºF (115ºC to 140ºC) that favors the lower end of the range. Then completely unconched which renders a Texture beyond coarse but gritty sand. The combined FXs pull Sierra Nevada's alto notes downward without totally grounding them.
Nothing revealing at all, just a fun crunch house experiment.

Conch
Source: Nicaragua
70% cacáo-content
Conched but 24 hours yet 1 day makes all the difference next to the Primitive (above), both Aromatically & Texturally, despite both the differing bars utilizing the same beet root sugar.
This quite NIcaraguan even though less so a Rugoso from there. A combination of fairly high heat (again upwards of 285ºF / 140ºC) stokes off the upper register of the Rugoso cultivar. Heat leaves in its wake a very accessible & agreeable planar chocolate, one that everybody can instantly recognize as a friendly dark, even kids' stuff, with its malted cocoa tail. Simple & simply good.

Nutty
Source: Haiti
70% cacáo-content
Unconched
Savory (above) amounts to a stretch, this much less so…Fairly nutty & then some.
A surprisingly forward Haiti In the face of inordinate adversity (enviro / socio on the island , + next to no refining by Minimal in Japan). A higher roasting curve helps (250ºF to 300ºF / 120ºC to 150ºC for almost 40 minutes). Ranks among the best Haitian bars ever (of course few have ever been produced) to rival Bonnat's standard bearer. Fulsome, & dare say, wholesome endeavor.

Sweet
Source: Ghana
62% cacáo-content
Equally unconched with an unequally superlative result. Among the most memorable Ghanas around. Positively bursts with Flavor & Texture. Notable for its cane rather than beet sugar in Minimal's portfolio & for its core chocolate base notes missing from the other origins appear superabundance here; hardly surprising given Ghana's staunch classic Earth cocoa. Minimal at its apogee.

Bitter
Source: Madagascar
2014 Vintage
85% cacáo-content
Unconched
Outstanding; ostensibly the paler-seeded Criollo stock on the island. None of Madagascar's traditional brassy overtone, doubly so for an 85%. Conforms closer to Åkesson's benign & streamlined unsweetened 100%. So much so that Minimal essentially lies in naming this bar 'Bitter' for it scarcely approximates that at all.

Fruity
Source: Vietnam; Central Highlands
68% cacáo-content
Unconched
A Vietnam unlike any other. Some, though little, of the heady intoxicating herbs & spices found in Marou for instance. Instead this practically fools of traditional Madagascar in winks & nods with its fetching berries. Sensational / revelatory with a Mouthfeel to fit.

Capsule Summary
If the retro-American style of chocolate defines underdeveloped but by no means unrefined (perhaps the best exemplar Amano), & the Neo-Modern spare / sparse, light touch & technique yet very polished & finessed (think Domori), then the Old School cobbles undeveloped, unrefined, even crude which lets the tongue solder the compounds together & the mind fill in the perceptual gaps.

Minimal may even pre-date that.

Each bar in this collection on its own barely seduces. Taken as a whole however, the entire line convinces that Minimal brings to this creative venture a deep-rooted intention, a clear outlook, a unique signature & some chocolate-soul. Ergo, the overall rating (top upper right) exceeds the sum of the bars' parts because… well, it feels that way. Sometimes all the charts & technical specs amount to just a forced mechanical exercise. Science, after all, can only understand to the mind's limit. It relies on the belief, said quantum physicist Richard Feynman, in the ignorance of experts.

Beyond a mere opinion (an oft-dumb metric affording wide berth to subjectivity) or an alpha-numeric score (re: a quantitative straitjacket), let's instead recognize an immeasurable ethos & aesthetic.

In that spirit, Minimal embodies the Japanese notion dantotsu (literally 'better than the best') even if it's not necessarily the absolute best.