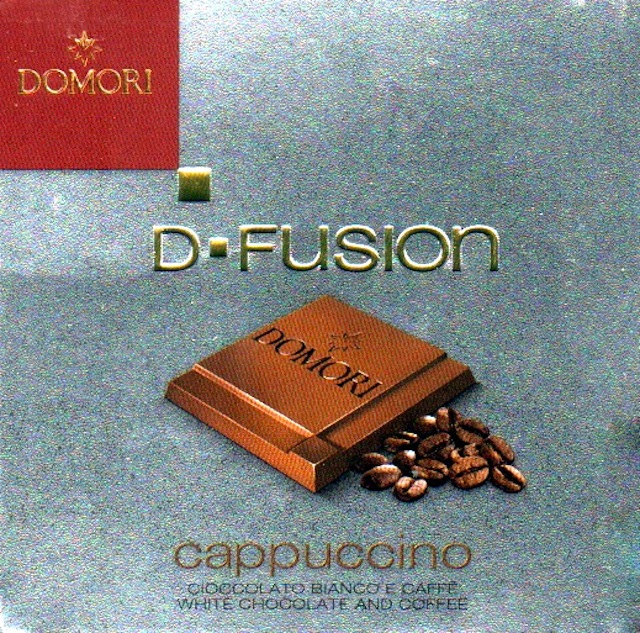 Impact
What milk is to infants, coffee is to adults.

This fusion of the two -- melded together in White Chocolate, a natural galactagogue for sore nipples btw -- allows the inner-baby to play in every grown belly.
Appearance   4.7 / 5 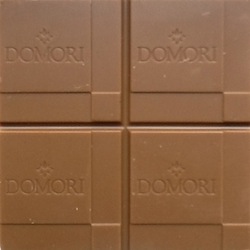 Aroma   9.1 / 10
a near perfect simulate of the cup but in a bar form... imaginary foam head with a bubble structure included for beer boys & babes to admire & analyze for days... yo, 'Power Hour' fans, put on the Kanye
Mouthfeel   11.8 / 15
Flavor   46.6 / 50
snapping coffee but nothing colic as it whips into mocha -> innate vanilla (none added) -> limestone, as milk tries to separate unsuccessfully -> clear coffee acidity over maple-cream custard (sensational)
Quality   17.9 / 20
Another in the label's D-Fusion line of confectionary bars.

Illy coffee maker acquired Domori in 2008 & this more than any other release testifies to the marriage.

Domori just Illin' it (in more ways than one), as the Italian house of chocolate-style measures twice & cuts once for perfection.

Illy obviously knows coffee & Domori has proven its mastery in every chocolate category, including White (albeit Flavored with Licorice and then again Mint).

Once more the label reaches for innovation & novelty. Coffee-cocoa combos are typically Dark Chocolate or Milk Chocolate affairs. Only Santander from Colombia has preceded this with a coffee in White Chocolate. Less native & resplendent than that all-Colombian complex, this achieves its rich, pure clean lines of flavor in a spare configuration & might point further to the direction that the company will take in the future. Especially given the inattention to obsessive details in recent batches of Porcelana & Guasare that used to be the barsmith's hallmark.

Domori has streamlined its once-extensive collection. Gone are a number of origin bars. Rabid purists need to come to terms with the fact that most straight dark chocolate fails to sell except to a small cult following. The real money circulates among the candy giants & the confectionary end of the biz.

If so, the loss could be a culinary gain as new blends are created. Knowing Domori & Italian cuisine, they'd probably be just eclectic enough to hold interest, without being eccentric just for the sake of it.