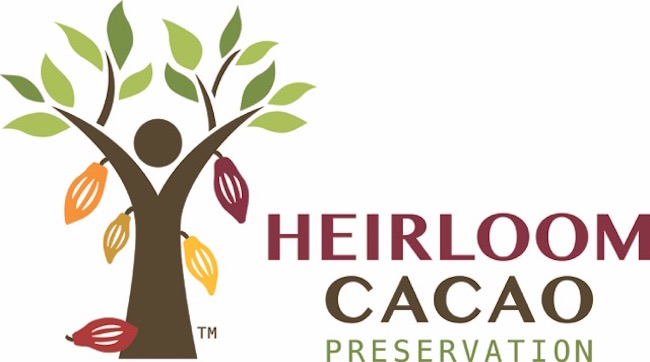 Impact
As HCP (Heirloom Cacao Preservation) grapples with the definition of 'heirloom', one area left unaddressed remains that of the perennial nature of cacáo.

Recent modern-day heirlooms have yet to stand the test of time. More ancient types however prove their mettle & their worth, indeed are enhanced by their ability to withstand the vagaries year-in / year-out, time after time after...

Both of these latest entrants rise amongst the dependable &, as such, merit the designation apart from any representations herein.

Due to personal involvement with HCP, these bars are unrated
Appearance   -- / 5

Distinct in several ways:
1. A sub-selection of this forest's wider cacáo variety;
2. The most sugared & buttered Piedra to date;
3. Flat-lined flavor-wise (tastes overly oxidized beyond the underpowered formulation).

A chocolate out of alignment with this area's character. By comparison, refer to TO'aK's 2016 calibrated at 73%.

The good growers / Bromans of APOV (Organic Vinces Producers Association) were featured in the Red-Bathing episode on this site back in 2010. They still tend to the time-honored ways, husbanding old trees, a cross between Nacional x Venezolano (RE: no CCN-51; though clear identification appears inspecific insofar as it relates to Venezolano, described by Preuss in 1901 as a Carúpano variety which by now would rank at least an F3 for 3rd generation later). All carted off to a central fermentary where they give it the traditional treatment: slow & easy.

This particular chocolate here is short-length by contrast but well-lived in congruity with the Bromans themselves.