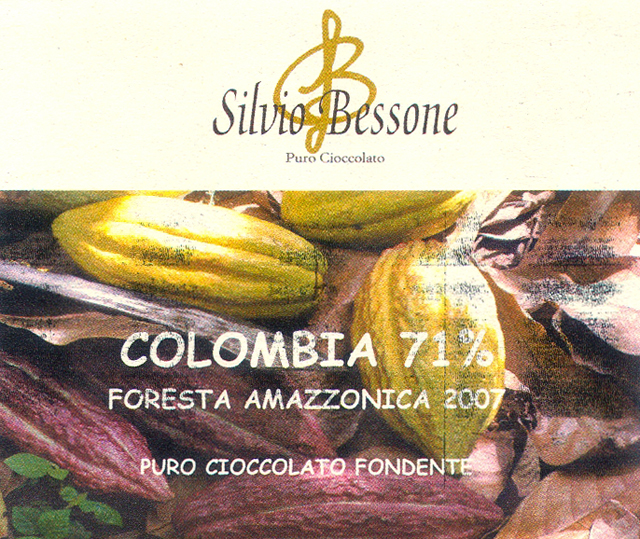 Impact
Yoga in its sundry forms takes in breath & incorporates bending, instructing the body & being to ‘be the reed’.

This Porcelana bends & breathes but never breaks as it sways only lazily in a steep elevator shaft of flavor.

Rumored to grow in the same region as the coca plant Erythroxylum.

Precious little in the way of progression or contour; just a straight vertical shaft / an elevator of constant flavor. Nothing smooth - at all - but really divulges an immediate taste of a kind of varietal-in-place that's oddly beautiful & mysterious.

The first advertised Porcelana from Colombia to hit the market; & given its proximity to Venezuela & the sub-Andean plains still ripe with some ancient Criollos that run all the way to Santa Marta, this can probably stake more claim to the title than all the "Porcelana" emanating out of Mexico or Peru, each of whose authenticity remains suspect.

One complicating factor: Bessone lists the Amazon Rainforest for the provenance, quite a distance south from the coastal Santa Marta up north, begging whether this might be an Esmeraldas since both share Criollo lineage though here it’s decidedly more robust to lend credence to the label’s ‘wild Porcelana’ tag.

The liner notes, however, stretch the definition of Porcelana – citing the pulp to be bone-white. But what about the pod husk & the seeds?

Whatever... it’s as wild as Coppeneur’s Tschila & less manicured than the Cru Sauvage from Felchlin.

Vanilla plays vitally, directing much of the course from the outset yet mercifully shy of overwhelming. Whereas Askinosie (El Rustico) and Guittard can over-indulge in vanilla, this folds into the chocolate base nicely. It liberates rather than smothers ancillary spice action. Bessone’s technique feels rustic (& right for the most part), bordering under-developed (most evident in the Texture), somewhat in keeping with his Tuscan roots (re: spare except for a firm roast), which suits these beans (cacáo & vanilla) just fine even as it causes this bar to lose a few style points.

All these comparisons & references lead to one conclusion: cacáo belongs to quite an extended family & this bar is clearly related yet simultaneously individuated by its own traits that are fairly out of character for what customarily calls itself Colombian chocolate.