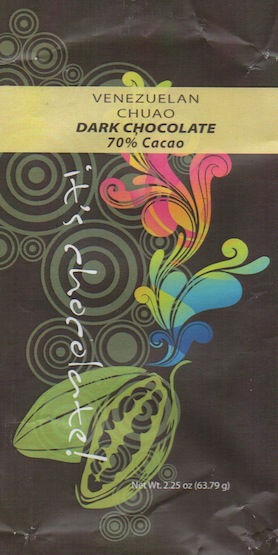 The very name, then just the scent, contributed to an arousal but also anxiety amongst initiates akin to a beast-mode roller coaster knowing that a forceful, even frenetic experience lie ahead. In a word, disorienting.

Whenever that failed to materialize they'd dismiss it without ever realizing that they never got it in the first place… their radar antenna too short to pick up the signals & jammed with salt, sugar, fat, + beer, wine 'n weed to understand.

Years on with time & experience under their safety belt, shifting harvests & vintages, its intimidation gives way to an effortless attention in interpreting & translating its manifold flavors as relaxation sets in & the id expands while taking on a meditative-trance aspect for a flow state to invite a Dr. Mihály Csíkszentmihályi study.

Mushin no shin, the Zen expression for 'zoned'. That's what the chocolate melt -- literally / physically, figuratively / metaphorically -- at its highest signifies.

So relax… take a deep breath, inhale the perfumes & harmonize with this bar like that bird clasped in the hand for an intuitive feel -- too loose it flies away / too tight crushes it to death.

The mystique lifts, however momentarily, to induce a certain "introgasm" upon this bar entering the body.

Aroma   8.9 / 10
lit cigarette just steaming up a fruit basket (naturally dehydrated for mostly dried fruits like mango & apricot)
raspberry black tea (fine indeed)
+ some characteristic brown Chuao fruits in keeping with its Color
positively humming
Mouthfeel   12.6 / 15
Flavor   46.8 / 50
an edifice complex
relatively gradual starter for the varietal… subtle intrinsic vanilla spiced-chocolate & some slow-smoldering tobacco… then the prelims end abruptly with a blueberry BANG -> tingling powdered black pepper at the back -> brief biscuit -> chicory -> a sensational fig-port in the rear recesses as this takes on a quasi-Camino Verde countenance -> sweet fruit skins flaring with an acidic edge (muscadine grape & purple plum) ensconced in beautiful darkness (a wink to Fresco's Chuao 217) -> devolves (in the best way) by digging down to mushrooms still in their soil -> a single drop of mild molasses -> scampers away on a li'l Keebler® cookie elf sandwich
Quality   17.4 / 20
Chuao's villagers harvest different seed lots of varying grades -- though all generally well above the global average. Rom Still of it's chocolate works with a middling sort, by no means the cream of the crop. Yet he aligns the compounds herein better than any barsmith tapping the same allotment.

Basically his ode & nod to emulate Patric's Signature 70% Blend which hails from multiple sources in utilizing only the "natural blend" of this single origin.

What his Chuao sacrifices in definition / clarity (& then only moderately) it makes up for with an astounding confluence of flavors. Conveys the full spectrum. As with any valuable gem cut, lots of facets.

Not overpowering… nibbles on the taste-buds before the deluge but always with sweet attention throughout.

In fact, that equipoised balance between sweet & stout / sugar & tannins, in alternating-current patterns that see-saw back & forth, periodically at the fulcrum simultaneously , sets this apart from just about any other Chuao, most of which render either linear progressions or steep vertical stacks. (The Chocolate Census contains practically every release worth noting.)

Also one of the darkest Chuao sublimations… no streaming heavy-handed molasses that often typifies this chocolate or ham-fisted robust roasting.

As such, it satisfies the crossing of adolescence & adulthood.

Archetypal yet unique. Endowed with a sense of organic reproduction mixed with mechanical engineering to give a measure of Rom Still's surreal hack-mode of these cocoa nuts. His virtual proprietary methods include a relatively long, involved roasting curve + substantial aging. After several, admittedly, less-than-stellar iterations, this particular bar heralds an arrival.

A strong effort & noble addition to the Chuao archive.

Because of it, Rom Still now ranks among the most committed of this 4th generation artisan barsmiths. He currently sits at that special moment: autotelic (accomplished for intrinsic worth rather than some anterior motive). Very personalized, home-ground, less all the capital equipment & hyper-technical savoir-faire in which some can lose sight of the bigger picture. Witness Rogue Porcelana. Or, moreover, generalized Mast Bros at the instant they became media darlings cashiering craft for branding opportunities.

Let's hope he stays on it & receives his just rewards in the process. And if not, consider it part of 21st century economic imperatives so catch him now before it might get too big & commercial because at these current prices it doesn't pay to craft this obsessively. Except for the passion of it.