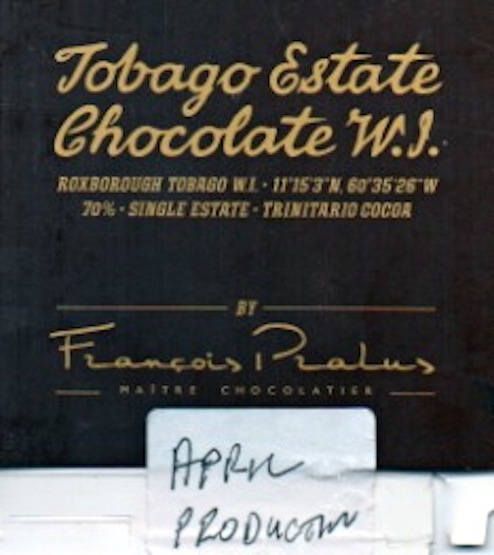 Impact
Over the years the C-spot® has covered just about every trick or technique responsible for tweaking Flavor outcomes. From Spring versus Autumn harvests, tray ferments vs. wood ferments, double vs. triple churns to starter cultures, spiked piles, roasting curves & conch experiments as well as the opposite of altogether unconched.

And while some highlight batch variabilities (featuring Batch 7 of the same seed lot, for instance, to compare against a prior batch), which may seem splicing ever finer hairs, here's arguably the finest yet: harvest distinctions not between seasons but between consecutive calendar months! (Well, less contiguous it sounds -- see Quality below.)

Enough to cause chocolate insanity.

Let's assume all the other variables remained constant save for the harvest date (not necessarily a given but anyways…). For example, both productions -- March & April -- yielded slightly larger than average seed size (89 count per 100gr). Both underwent a ferment in cedar sweat boxes at 200 kgs wet seeds per battery (unlike Bertil Åkesson's larger loads in the aforementioned Spring versus Autumn exposé which reveal drastic seasonal changes); then sundried & finally indexed to Grade 1 specifications according to the Trinidad & Tobago Cocoa Board. Pralus upon delivery in France more or less equalizes the processing parameters.

Divergence in flavor between the 2 bars mainly lies in the weather which naturally plays a moderating factor. Ditto the seed mix.

The March Production consists of pods harvested between December thru February -- generally a wetter time of year (but for 2013-14 drier than previous vintages). Its cacáo varieties included TSH 919, 1076, 1300 & some 1188, producing a bold & heavier chocolated profile.

By contrast April's harvest stretched from January to April 2014 -- generally a dryer period (but, again, less dry than previous years). The varieties harvested were predominantly TSH 1076, 904, 1188, a more fruit-centric assemblage.

Those differentials are reflected in each respective bar.

This one refined & subtler in its contours than the March Production. Some other marked distinctions: where March is a generalized brown-out, this shows clarity… the fruits clear / sweeter; the basal chocolate notes kinder; the overall Flavor settled & compatible with itself.

The joint exposition of these 2 bars demonstrates more proof that getting a hard & fast fix on consistent Flavor is elusive, even nigh impossible, unless striving for a uniform standard that calls for burning beans, smothering them in lots of vanilla, & coating the whole dreck in butter & sugar.

No wonder Duane Dove worries about the the cacáo on his Tobago Estate battling a parrot infestation. Flying around the island they can obviously spot a good thing -- his pods contain no ordinary pulp or bird seed for that matter.