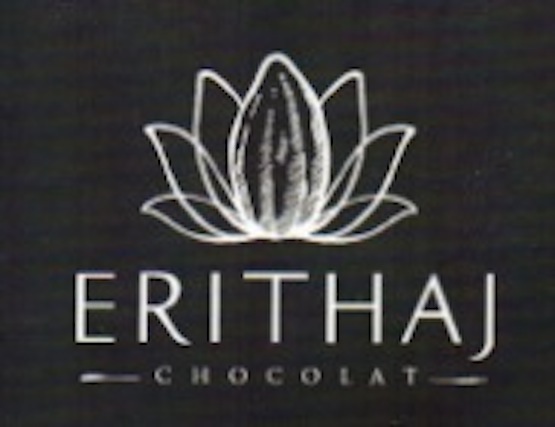 It respires, inflates, & wafts almost like Silbo Gomero whistling -- the traditional language spoken in La Gomera to send messages via "airmail" across deep ravines & narrow valleys. Unlikely to become the lingua franca, expect this origin to attract more speakers though ala VSL (Vietnamese as a Second Language) & gain wider circulation based on the sultry mellifluous tone of its chocolate.
Appearance   3.6 / 5

Ba Laï
Alluvium Part II -- for a common cause as this too hails from the Mekong &, in a bit of a rarity, some tart-smoke

Mỏ Cày
an MC as if milked from a tree with deep roots -> morphs up a dragon-fruit / pepper
Mouthfeel   12.2 / 15
Flavor   43.4 / 50
Raw Seeds
cold metallic opener followed by the ayahuascan aromatics -> stands up a little straighter on yeast which rides it out thru the remaining length accompanied by an underlying / undying low-level salad leaf bitter -> wooded exit

Roasted Seeds
well-defined chocolate -> those Indochine perfumes first introduced to the int'l market by Marou like champedak -> umami taro chips (excellent), seasons the palate for days -> mineralizes at the tail with a soft tart

Bén Tre 70%
all those incenses initially discovered in Marou Tiền Giang flood the senses -> settles, a little, with glimpses of more traditional Bén Tre yellow fruit (loquat)… but only for a brief interlude before resuming on frankincense, elemi gum & powdered flower (ambrette a k a rose mallow [rich, sweet, slight floral, heavy musk-like with a tobacco-edge]) -> deep, aching oud reverberates down the spinal column to the base of the back -> sandalwood cocoa -> Dark-Milk hash

Bén Tre 40%
buttery-fat Milk Choc entrance quickly yields to the spice-rack pack of Bén Tre 70% (above) but in a pastry frame concoction, basically a souped-up pain au chocolate… hugs the tongue like this 'til the cows come home… well after dinner, past midnight, when the hens begin to crow at dawn & they lolly-gag around the pasture ruminating off lemongrass &, luv this, deep-fried donuts

Mỏ Cày
dark umami caramel -> chocolate-tipped Indian candy corn -> dried royal black mulberry & myrrh (stupendous), dragon fruit on the fringes -> ylang 'n cream (outrageously gorgeous) -> thin wafer graham cracker -> flirts with longan before nodding off
Quality   15.8 / 20
Cacáo selected & its post-harvesting supervised by Arnaud Stengel of Erithaj on the ground in Vietnam then shipped to A. Morin in France for processing into chocolate. The twain conspiring in the best way for a killer combo of skill sets, including a unique cycling on the fermentation, plus inserting a step right after it. The techniques continue to undergo evaluation & improvement as reflected in this portfolio.

Raw Seeds
Truer raw than the bull-raw that litters shelves in the so-called "First World". Yeasts a bit strange for unfermented, perhaps less than ideally washed. Then again, they improve matters considerably on the tongue.

Fermented Seeds
Very characteristic of what the world now knows about certain regional Vietnamese cacáos. Intoxicating spice collection. So transparent that it directly transfers to its finished chocolate almost unimpeded. Phenomenal exposé of the pulp's interactivity on the cotyledon / seed.

Roasted Seeds
Damn intriguing as ever with Vietnam. Virtually none of the typical Nib tags. Instead a cross between spiced sorcery & crisp chips last witnessed in Fiji. An origin so oft-unlike any other.

100% Liquor
Potent, almost overpowering in its pervasion of the oral chamber, yet accessible & controlled all the same. A bit under-refined compared to some of the modern-day classics; Very territorial of Vietnam.

Bén Tre 70%
As the name indicates -- from Bén Tre province -- the Mekong Delta location of the first Viet chocolate intro'd to the West & still the most common.
Erithaj describes this bar as fin et racé (fine & elegant). Yeah, well, Bebe Pham qualifies as fin et racé too, as well as mortelle (deadly). Such eloquence usually just the hyperbole of marketers' propaganda. Here it bespeaks an underestimation, perhaps even humility.
Easily the darkest toned chocolate yet from the area, well surpassing Grand-Place's diffuser. Few of the bright acids associated with Bén Tre to wonder if the label got it mixed up with somewhere else.
In its place Erithaj delivers some spellbinding intoxicants from the den of last resort-iniquity -- that final stop prior to stepping off existence... forever.
A flavor bomb; by no means for everyone.
Simply sinister good.

Bén Tre 40%
A truly great Milk Chocolate. A potentate really. Or what prone flogger-bloggers of a certain small island mentality would deem 'the best chocolate ever in the history of the world since before the Big Bang'.
No surprise here given the Bén Tre base & A. Morin no stranger to Milk Chocolate prowess, witnessed earlier with his Lait Bolivie Sauvage. Just packed with wire-to-wire gastronomy once it gets over that initial hump (& even that's pretty tasty seeing how it contains a microcosm of what's to come). So flavorful to deceive of infusions.

Hàm Luông
The softest, texturally speaking, of the set which contributes to this being a tolerable 80%. Otherwise, a bit austere, less generous for this neighbor to Bén Tre & tributary cacáo of the Mekong.

Ba Laï
Yet another Mekong cacáo. At 74% the add'l sugar helps mollify some of the area's more prickly & piercing traits. Like Hàm Luông (above) a cocoa in need of further development at the source.

Mỏ Cày
A regional cacáo first milked by another A. Morin private label client -- Vietcacao. This however at 58% much stronger / longer on the tongue. More of it means mo' better too. With this & a couple others under his belt, Morin stakes a claim to God-King of MCs, right up there with Zotter & Fruition.