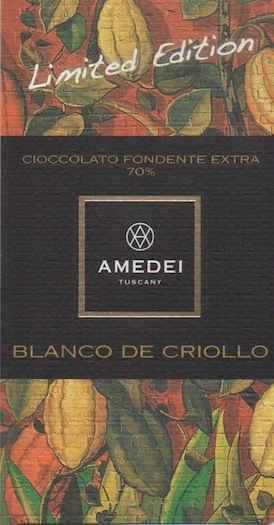 Impact
As the British Empire continues its retreat to the “emerald isle” as Shakespeare put it, England itself has paradoxically become cosmopolitan rather than provincial because of it. The empire coming home to roost in the best sense. That it straddles the North Atlantic with one foot leaning toward Europe & the other America translates into a side porch view of history which sometimes visits its own doorstep.

A couple chocolate awards shows emanating from there reflect this split stance.

Since neither of these entered the competitive field of the other (professional courtesy?), somebody had to break the tie & who better than the C-spot®?

And the winner is… show more »show less «

Years ago the C-spot® started codifying the various styles of chocolate craft. They cover the spectrum from Old School to Industrial, with points in between such as Rustic & Neo-Modern along the continuum. Perhaps the most prominent distinction now competing in the marketplace for the hearts & taste-buds of premium chocolate appreciators today lies in the stylistic face-off between Classic European & retro-American.

The former represents a neo-traditional approach to the craft, or what most people expect from chocolate. Rich, smooth, round flavor profiles achieved thru a variety of techniques: robust roasting triggering Maillard reactions; rigorous refining to develop texture & work the particle size into a sensuous micron zone (usually sub-20 microns); & considerable conching (sometimes for 3 to 4 days non-stop to oxidize the cocoa liquor & drive off volatiles for flavor enhancement).

Other tricks of the trade often include what the C-spot® dubs the theatrical make-up kit of barsmiths (added cocoa butter &/or lecithin for reduced viscosity leading to increased unctuous mouthfeel, & vanilla to either cover over up flaws or bridge gaps between the chemical compounds in a chocolate to entrain them in a more cohesive flavor pattern).

In the process, Euro barsmiths tend to literally brand (ala the hot-iron days of cattle) their maker’s-mark by leaving a heavier imprint on the cacáo. Think well-mannered Belgium creams, French fussiness, & hyper Swiss processing.

By contrast, in this opening divide that separates barsmiths who approach their craft with a philosophy in mind, it is the experimental school called retro-American (a term coined by the C-spot® as it applies to chocolate) that nowadays applies a light touch to let cacáo’s notes ring at their natural pitch.

Where Euros über-refine cacáo to the point that some feel it tastes sanitized if not sterilized, the retro-Americans keep it closer to its original state which, frankly, can sometimes be harsh, & other times something to absolutely savor.

Clean / lean ‘n mean due in some measure to a higher than average cacáo-mass, at percentages that embody greater indigenous chocolate. Spare in their formulations too; increasingly containing only cocoa mass catalyzed by minimal-to-modest sugar, without any other additives (neither vanilla, nor lecithin, nor additional cocoa butter). Slightly underdone / underdeveloped, though by no means unrefined – a house preference (imagine lower-impact processing without Domori’s ultra-finesse) – that lets cacáo do most of the jawing for itself. Sums up to ‘addition by subtraction’. In a word, ‘transparent’.

Often realized thru a light low ‘n slow roast in the tradition of American pioneer Scharffen Berger (or even no roast at all in the case of “raw chocolate”). Plus granite-grinding that leaves no stone unturned in the chocolate; indeed, it leaves some behind in it (often more than a mere ghost trace). Or ball mills that abrade off small bits of oxidative metal. Followed by a conche that partially or even barely coats the particles (almost Mesoamerican… before the conche invention). A gentle tact for compound preservation that retains some volatiles in the flavor bank.

All of it creating semi-wild signatures to re-conceptualize chocolate. The subject being the bean itself rather than some confected artifice of it.

Bars like Ujuxtes 70 by Danta, or Amano’s Montanya, Askinoisie’s Davao &, in a more radical vein, every issue from Taza, partially bear the fruits of this style.

Which represents the “true chocolate”? Classic Euro or retro-Am? Neither, for chocolate, ever malleable, by its very physics is whatever one makes of it. But if referring to the closest thing to chocolate’s inventors in the ancient Americas, then in some respects both can stake a claim to being the “true” heirs.

By striving for smoothness, the Classical European mirrors the Mayan gastronomers who naturally selected prized cultivars for hi-flavor, bringing forth arguably the finest cacáo ever cultivated on Earth where chocolate culture itself reached its zenith – in Mesoamerica.

The apex of their innovations was of course their gift to posterity – the supremely supple Criollo, an ancient classic varietal that experienced the highest degree of cultivation in pre-Columbian times. In the making for over 1,500 years with a gastronomy so fine it could be relished, according to Fray Bartolomé de Fuensalida in 1618, without any additives whatsoever (sugar, vanilla, chili, etc.).

retro-American equally identifies with chocolate’s inventors. Modern technical engineering incorporates ancient processing methods deep within its machinery — as well as some new ones — that elaborate upon the original chocolate manufacturing. In pursuing an artisanal track with vintage equipment & light gentle treatments that walk back some from over-processing, retro-American mimics the manual production of early Americans whose chocolate making involved barro comals (clay cookware), metate & mano stones (a type of mortar & pestle / rolling pin), elbow grease & sweat. Its sensibilities are rooted in homegrown / handcrafted goods, extending so far as to build personal relations in a direct trade network with Bromans / planters in the tropics where cacáo only grows.

Classical European or retro-American, each has its plusses & minuses, advantages & deficiencies, fans & foes. Look at them as different cuts of the diamond. Some polished; some hewn. Either way, whether a jewel or in-the-rough, they’re both gems.

So which of these 2 particular gold-medal bars bests the other? The tie-breaking vote is reflected in their respective ratings (for Pacari’s rating see its full review).

Since these respective winners played in restricted fields (confined to those vendors who can afford the entry fees & are willing to pay them), it prompts a lingering question: which is the best bar on Earth circa 2012 / 2013 in an unrestricted wide open field?

The Chocolate Census houses no such constraints. It goes out of its way to count everyone in the known premium chocolate universe.

Among this much broader population, the best bar of the year goes to Patric's Signature Blend.
Appearance   2.9 / 5

Aroma   9.3 / 10
a snuggle roast
so warm & cozy to rekindle Amedei's heyday... particularly its earlier Porcelana releases, as though it hopped over the border from Venezuela carrying golden nuts & seeds (macadamia, blanched almonds, cashew, & sesame), breadcrumbs drizzled in olive oil & laurel leaves over flint wood (what is it about their Tuscan oven? Or cocoa butter?)
chanterelles
and, oh, the cocoa -- deep, rich & unforgettably abiding -- just want to get close
sighs an odd final exhale of cigarette puff & cherry blossoms
Mouthfeel   13.8 / 15
Flavor   46.9 / 50
a near transfer of the Aromatics, minus the blossoms, plus the following:
flushes in hot cocoa
vanilla choc cake
walnut brownies
chocolate butter cream icing
aniseed filaments + a glancing side angle of acidity

Quality   18 / 20
Let's tackle the ancillaries first, starting with the misnomer.

The first half legit - Blanco - means 'white' & refers to the color of this cacáo's seeds. The second part -- Criollo -- misleads at a minimum &, worse, maybe intentionally manipulates the market.

A Spanish word that translates as “native” or “indigenous”, Criollo in chocolate could denote a specific varietal of cacao originally domesticated by Mesoamericans that earned it a flavorful reputation, or more colloquially to anything grandpa planted in the backyard. Today many chocolates claim to be Criollo — many more than could actually be produced — in order to leverage its marketing appeal.

But 'banco' as in Banco Popular = mucho money.

What does this say about the "fine chocolate" niche when one of its most renowned barsmiths conducts such a spurious campaign? It speaks to ignorance or abuse. If the former, due diligence would be in order; if the latter, then this becomes a 'cease & desist' matter.

Either way, it's poor & shoddy.

Amedei should man-up the way Bojesen recently did with its Oialla & call a spade a spade. In this case, enough DNA tests confirm that the preponderance of Piura's white-seeded cacáo belongs to the extended Nacional family. Guess that just ain't sexy enough for this Italian designer. Would Domori makes such a mistake? Or even Agostoni?

Further, it reflects equally poorly on an organization that awards this its gold medal without calling the company out on this egregious ploy (with the caveat that perhaps a less than 5% chance exists that somehow this cacáo fits the Criollo genotype).

It all speaks to the generalized dearth of custodial care & rigor when it comes to nomenclature, appellations, & stewardship of genetic materials in this field. Abysmal really; even potatoes & tomatoes surpass cacáo in this respect. No wonder thieves recently pulled a heist on a cargo of Nutella; they realize, high or low brow, it makes no difference as long as it reads 'chocolate'. (Then again, Nutella possibly staged the whole caper & "stole" its own product to garner publicity).

Enough diatribe, what about the intrinsics? The core flavor & experience of this bar?

A chocolate-chocolate. Simplicity re-constituted. About as Naked a Flav Profile as a chocolate can get. The ballyhooed berries / plums never really materialize, at least for this particular bar.

One of the most fruit-free Amedei's ever. Startling for a company that stepped out of the shadow as an understudy once to Valrhona -- that French house known originally for goopy raisin-carnation chocolate.

Virtually flawless execution. Some may squawk about roasting-on-the-edge of an inferno but Amedei keeps the heat on this side of perishability / survivability. It certainly catalyzes tremendous Maillard reactions -- pyrazines & aldehyde, classes of chemical compounds, bouncing all over the roof of the mouth, never winded, for a pure chocolate sensation.

Nowhere near as dynamic as some Puiras (Quemazón) or fruitful (the initial Rogue iteration). Some might ridicule it as 'Blank-o' compared to them. No, this joins the league of Puiras like Original Beans, Morin & Lillie Belle. Yet it delivers what many of those (& most bars worldwide) often lack: hi-CQ (core baseline chocolate free from interfering volatiles). As such Amedei follows the contours & especially the warmth found in Bonnat's Piura.

A combination of seed selection, processing, & vanilla (the last to flatter & fill-in the gaps with finesse for idealized symmetry & cohesion). All conspire for some unusually uniform consistency, to the point that it almost verges on a standardized generic blend.

And maybe so. Unsubstantiated rumors persist that Amedei mislabels bars. Concocting blends, for instance, from sundry places & calling them single-origin. If true, it might help validate the name of this bar should part of it hail from provinces around, say, Lake Maracaibo!

For even the bittering passage rises to the level of "fine bitters"; mainly char at that &, given the genotype, primarily manufactured in the processing itself (that roast again).

Who knows, with taste like this it just might be Criollo after all... dosed with some Amelonado. In all likelihood, though, the absence of the pigmentation gene in these whites, causing a low polyphenol content, is what attributes for the streamline chocolate flavor.

Amedei, missing from the conversation the last few seasons, rejoins the discussion with a seat near the head of the table. Welcome back.