The same applies to this unorthodox collection from the Polish duo Chris & Tom / Manufactura Czekolady. 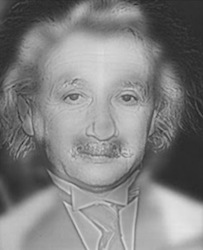 Aroma   8.1 / 10
Kolumbia
raisin-tapenade sauce over a smoked ham stew… myum-myum to that

Porcelana
INGREDIENTS: 70% cocoa mass, sugar, cocoa butter
The shade gives it away (very light nearing a "white brown").
Among the spiciest (re: sweet rather than heat) Porcelanas ever. Added cocoa butter initially & momentarily distracts but only very briefly & then this chocolate seasons the fat & pretty much holds it at that.
Yet another grand Porcelana -- a cacáo that rarely comes wrong.

Wenezuela
INGREDIENTS: sugar, cocoa butter, cocoa mass, milk powder, vanilla
46% cacáo-content
Ocumare
Both sweet & deep. The finest exposition of an Ocumare Milk Chocolate to date. Then again, only a couple have been released; neither Amano's or Duffy's commensurate with this venerable varietal. Chris & Tom really calibrate & tweak to balance the elements that allow Ocumare's traits to shine thru the filter of milk. Indeed they synergize one another unto new heights.
Exceptional.

Ghana
INGREDIENTS: 70% cocoa mass, 30% sugar
Virtual carbon-copy of Chris & Tom / Manufactura Czekolady's inaugural Ghana from 2010-11, the one featuring peach brûlée & violets. This darkens the countenance -- slightly.
Pretty manifold for a Ghanaian cocoa & relatively light too. Tom & Chris finding multiple pockets of flavor from an origin once considered non-complex, even monotone. It covers a fair ranging portion of the spectrum &, in so doing, lacks depth, another oddity for a West African which traditionally resounds to deep cocoa reverberations. Here it stays quite surface level / 2-dimensional.
In conjunction with a few other releases from the continent -- most notably Richart's Côte d'Ivoire -- it points to further tampering of the classic Earth root stock so characteristic of the region, either via breeding programs (the so-called 'Mercedes' super-seed that contains a goulash of strains) or other origins tossed into the Ghana export chain, most notably Cameroon.

Capsule Summary
Early on Chris & Tom, due to sourcing challenges, were beholden to second-rate cacáo like Ecuador's CCN-51. Except for the halting Kolumbia, a dog-mutt cacáo & an anomaly in an otherwise strong portfolio, a few years on & the upgrade continues.
Textures a notch or 2 below world standard, perhaps by design.
All together they show that what used to be a backflush for chocolate in Eastern Europe now rises with their peers in the West as a bastion for artisan craftsmanship.