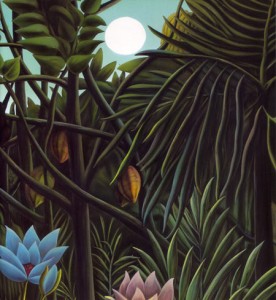 The cacao woods are another world… woods of fairy tales… dark, mysterious, shadowed & cool – VS Naipaul.

Chocolate craft begins with seeds (often dubbed “Jungle M&Ms”) from zeppelin-shaped fruits referred to as ‘pods’. Botanists loosely categorize them an epigynous berry or pepo. They hang like so many colorful lanterns to lure pollinators & porters (midges, monkeys & man) on a tree whose species name is cacáo, one of 22 species or so (15 of which are edible with Bicolor, Grandiflorum & Angustiflorium the other relatively well-known / cultivated members) belonging to the genus Theobroma.

Perhaps the greatest tree on Earth other than the Christmas tree, Theobroma cacao grows in the tropics, all the way around the “20/20 zone” – roughly 20 degrees north & south of the equator. Also known as the ‘cocoa belt’, the zone reaches its most northern extension in Hainan, China at 20ºN & its most southern at about 24ºS near São Paulo, Brazil. This natural habitat stretches far from any garden-fruit one may pick in a backyard like strawberries or grapes: the primeval rainforests… those naturally moist environments receiving evenly distributed rain fall in rather undefined seasons deep with permeable layers of well-drained, loam-clay soils & slightly acidic pH.

The species’ origin dates back 10,000 –15,000 years. Its birthplace was postulated by E. E. Chessman in 1944 based on the preceding work of 2 men: a) the observations of F.J. Pound who discovered enormous diversity among cacáo’s population while exploring the Amazon Rainforest a few years earlier in 1937-38; & b) botanist Nikolai Vavilov’s theory, now generally accepted, that the origin of a species is the place where its members show the highest level of genetic diversity. As an analogy, among humans Africans possess the most genetic variation on Earth to suggest that the cradle of modern humans rests in an area near the coastal border of Namibia / Angola. From these Chessman reasoned cacáo’s center of origin was the confluence of the rivers Napo, Caquetá, & Putumayo leading to the Amazon River, right in the cross-borders area of present-day Peru, Colombia, & Ecuador. Genetic research published in October 2008 by Juan-Carlos Motamayor adds weight to Chessman’s view. 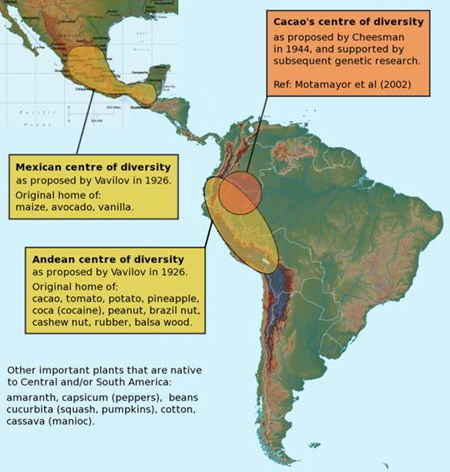 image above courtesy of Samantha Madell

Practically every popular resource divides cacáo into 3 primary varietals: Criollo, Forastero, & Trinitario; an overly simplistic & deeply flawed scheme, & by no means hard & fast distinctions because cacáo is notoriously promiscuous, engendering classification nightmares, & often plain guesswork. With so much genetic cross-pollination, hybridization, mutation, & recombination, it’s rare & increasingly difficult to find any pure forms. To adapt a thought from Immanuel Kant… out of the crooked timber of Theobroma cacáo, nothing entirely straight can be picked. And yet complex crosses are necessary in order to select for genotypes with fine flavor, high yield, & resistance to diseases/pests.

Complicating matters further, all-too-frequent mislabeling of strains at the research level, as well as botanical names getting tossed in & mixed up with trade/brand names, creates a confused landscape.

In the future, primary variety names will likely become secondary to either the name of the country in which they grow, or to cultivar (i.e., ‘cultivated variety’) names. This in some ways returns cacáo back to its roots when people could identify it with a high degree of specificity, illustrated by the Itza Mayan who planted various types of cacáo, each selected for desirable traits & described by their respective fruit colors (white, yellow, red, purple, & even black).

This section reflects current state-of-the-art in pursuit of accuracy & the primordial urge to ‘get it right’ (while realizing our limitations), to do justice to the tree lest fallacies take hold permanently as folksonomy. It’s based on mounting empirical data-points, some of it morphological analysis (structural traits such as physical appearance) &, increasingly, from more precise genetic markers.

Given the rapid rate of research, however, this is bound to change as cacáo, like all life, is in a constant state of evolution well beyond its origins.

Geneticists Raymond Schnell, Dapeng Zhang, & Motamayor of the USDA Agricultural Research Service are in the deep stages of identifying by busily fingerprinting the DNA of 3,000+ cacáo clones that should solve both the relationships & origins puzzle. By combing the genome of the tree for genetic markers linked with specific traits — such as fruit quality, environmental adaptation, & disease / pest resistance – they’ve developed filters to make corrections for common sequencing errors. Thousands of such genetic markers called SNPS (Single Nucleotide Polymorphisms) stand additionally as signposts pointing out the degree to how much or how little cacáo types are interrelated. 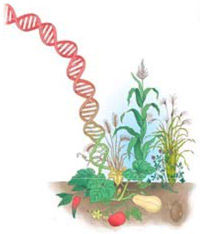 Just as Gulliver’s travels took him to the Academy of Lagado below the flying sky-city of Laputa where the air is filled with math, music & technology, & “fruits of the earth shall come to maturity at whatever season we think fit to choose, & increase a hundredfold more”, breakthroughs with somatic embryogenesis & transgenic cacáo (GMO) in the genomics research of Siela Maximova & Mark Guiltinan at Penn State could have equally far-reaching consequences: bioengineered plants; speed-breeding with patented miracle seeds sprouting trees that bear traits for high-yield, drought-tolerance, & disease resistance; DNA markers to expand chocolate’s flavor-complex; a self-sweetened chocolate without the need for added sugar?

Hopeful reality or twisted fantasy that pursuing such schemes amounts to extracting sunbeams out of cacáo beans or, on the dark side, an ecological nightmare?

Right before the dawn of the 21st century, Figueira et.al. studied the effects of genetics vs. environment, comparing Brazil to Malaysia, concluding that genetics contribute to chocolate flavor more than characteristics rooted in terra… a chocolate version of the ‘nature vs. nurture’ argument. And while ‘genetic drift’ continues, there remain enough of what insiders term ‘genotypic & consequently organoleptic distinctions’ to identify one strain from another. In other words, you can still taste the difference. Here’s the field guide.